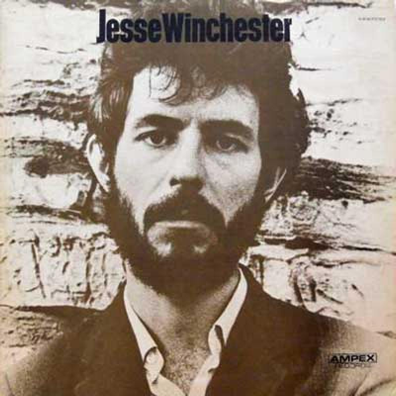 “But still I get lonely
And sometimes I doubt
I want to do right
But it seems like only wrong gets out”
– Jesse Winchester, from Quiet About It

I am saddened today to hear that folksinger Jesse Winchester is very ill, and feel I need to say a few words about him here.

I was profoundly moved and influenced by his first album back in 1970, with such songs as Yankee Lady, Black Dog and Quiet About It.  I played it over and over and over and over again and soon had to buy a second copy. He was a favourite of us “kids” in Chomedey back then, and he came to our local Y to perform. It was a full house, and several of us got to meet him backstage, and share a bit of joy with him. Some of the kids brought their copies of his album to sign. The show didn’t actually go on that night for Jesse — he had to leave, though we were also graced with the presence of Penny Lang that evening.

I named my son after Jesse Winchester, both because I liked the name “Jesse” and because I loved whatever it was in the man who produced that first album. I felt his pain. I felt his compassion.

Thank you for sharing yourself, Jesse.

An autumn walk on a country road
And a million flaming trees
I was feeling uneasy
Cause there was winter in the breeze
And she said, “Oh Jesse, look over there,
The birds are southward bound
Oh Jesse, I’m so afraid
To lose the love that we’ve found.”
– Jesse Winchester, from Yankee Lady

Pages in this blog

Follow Jillian Page on WordPress.com
Socks off!
Between Urban and Wild

Reflections from my home place

My Journey To Experience And Normalize Naturism

This is my place.

A place where I let it all hang out.